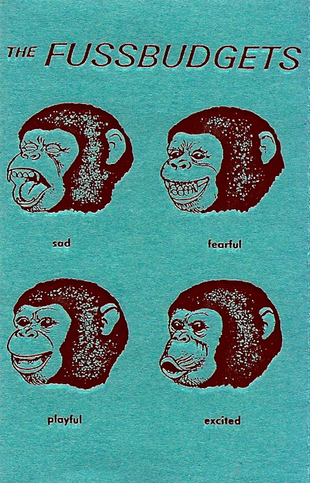 Original cover art for 1994 cassette of sad fearful playful excited
A full-scale re-mastering effort was first brainstormed in 2009. Wally Sound, no stranger himself to the same Bay Area performance and recording milieu that birthed the 'budgets, was brought on board for 'sonic finesse'. Larry and Ned attended sessions in July 2011 and additional time was booked in January 2012 at The Wally Sound, in sunny Oakland, CA.

In addition to the band's previously released material, the fabled "Room 26" sessions, demos, home recordings, and a "flag day" live performance by Chris and Larry at the late, lamented Albion Lounge are on tap.


UPDATE -- June 2014. Wally Sound currently has his hands on tapes culled from the musty (yet trusty) Zenith Beast archives; see above for a rough approximation of materials discovered during this recent bout of aural spelunking. Stay tuned for information on the long-overdue release of these vintage rarities!