The Naked & the Daft 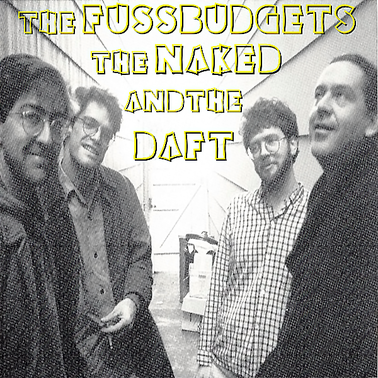 After recording exclusively at Olde West, the band decamped to Greg Freeman's aptly-named Lowdown Studio, in the city's China Basin neighborhood. Freeman had engineered and/or produced such artists as The Donner Party, Mr. T Experience, Royal Trux, and Barbara Manning, and the studio's snugger as well as more downscale environs was perfectly suited to the band's sensibilities. (China Basin was then a heavily-industrialized part of San Francisco; it has since been gentrified to include AT&T Park, home of the SF Giants.)

The sound this time was further enhanced by added keyboards, saxophone (on Dean's minor-seventh-infused “Faith in the Face of Adversity”), strings (for the evocative opener, “Walking With Heartbreak”), and female backing vocals. The Naked & the Daft (Lehmann's choice of title, mocking macho wordsmith Norman Mailer's famous WWII roman à clef) also includes “Sweetheart of the Graveyard Shift,” about Church Street's all-night Sparky's Diner, and melancholic anti-anthem, “Something We Heard on the Radio.”